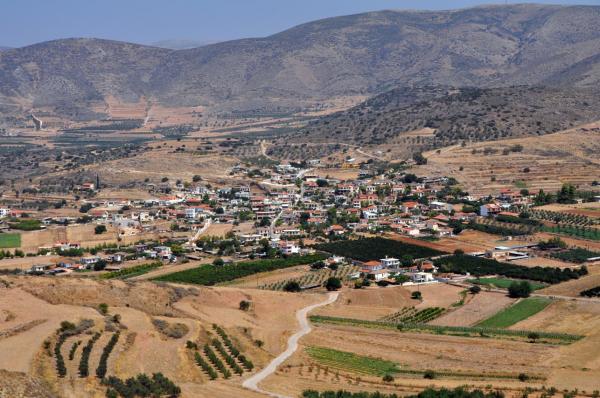 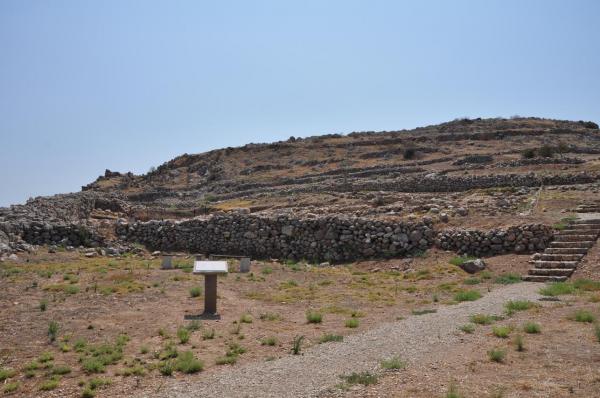 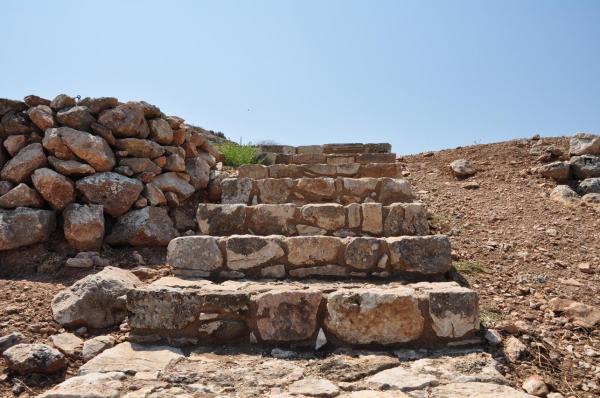 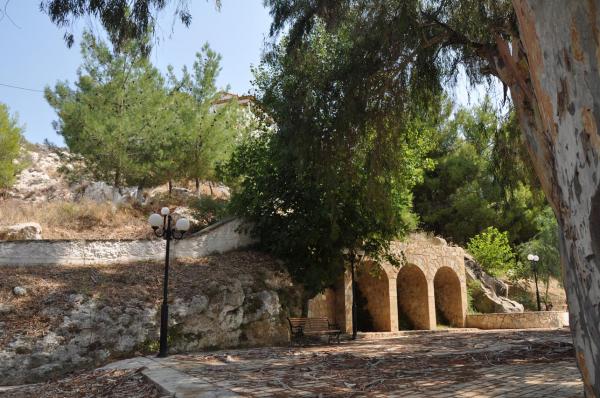 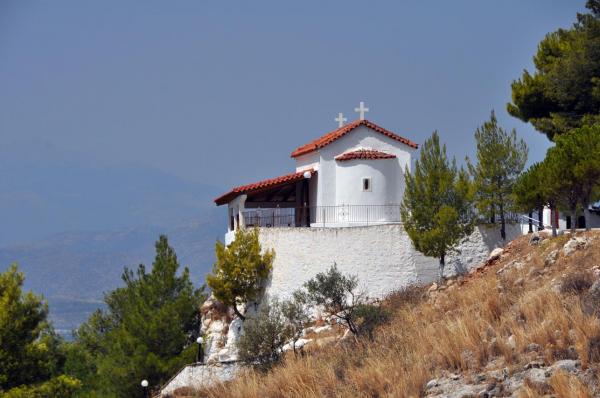 Midea is a small village having 454 inhabitants. The village is located just a few kilometers north of the city of Nafplio and very close to the cities of Argos and Mycenae. The villagers are mainly occupied with farming and cattle breeding.
The history of the region goes back to the Mycenaean period. Midea used to be one of the cities of the Mycenaean state. At the beginning of the 14th century B.C. the city of Midea was surrounded by cyclopean walls. In 468 B.C., approximately, Midea, as well as Mycenae and Tirintha were destroyed by the Argioi.

Until the beginning of the Second World War the name of the village used to be Germpesi, but was then it was given the name of the ancient city Midea.
The ruins of the ancient city of Midea are the most significant sight of the area. Some historians believe that ancient Midea was the third most important city of the Mycenaean period after the cities of Mycenae and Tirintha. The city was located on a very important spot enabling the guarding of the passing streets to Epidavros. The acropolis was built on the top of the hill. The height of the surrounding walls was almost 6 meters, and in some parts of it the height was even 7 meters.

According to the mythology Perseas was the creator of those walls. At the nearby village Dendra remains of the ancient cemetery of ancient Midea is found. The excavated vaulted tombs and the various findings are of great archeological importance. The most important one is the found cupreous armor of the 15th c. B.C., which is now exhibited at the archeological Museum of Nafplio.
The Monastery of Agios Athanasius the Young is one of the most current sights of the area. The monastery is built at the nearby village Panaritis. It is considered to be one of the oldest one of the Prefecture as it was constructed during the 10th c. DC.
Every year on the 29th of August, the day of Agios Ioannis Prodromos, a big folklore fair is organized with various musical and dancing events.

IMPORTANT DATES:
14th c. B.C. the city of Midea was surrounded by cyclopean walls
468 B.C.  Midea was destroyed by Argioi
1940 the village was renamed to Midea from Germpesi

WORTH VISITING:
The archeological sites of Dendron and Midea
The monastery of Agios Theodosius the Young at Panaritis village

WHY IT IS FAMOUS ABOUT:
For the archeological sites of Midea and Dendron